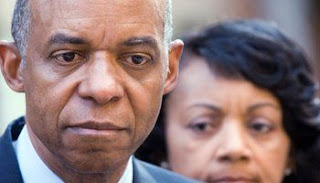 Oddly the cash in the freezer did not get this guy convicted, but the jury found him guilty on 12 of the 16 counts of bribery and other corruption in office when he was an elected Representative to Congress.

The New York Times does not tell his party affiliation as an elected Represetative.

Does anyone think that detail would have been omitted if the guy had been a Republican?
at August 06, 2009